TUESDAY 22 FEBRUARY 2022
our first mystery tour of 2022! WHERE WILL WE GO? WHAT HIDDEN GEMS WILL WE SEE? PLEASE JOIN US TO FIND OUT!
Where we've been since April 2015?
BOOK YOUR PLACE NOW!
View SAMPLE itinerary
View Menu

My apologies, but as usual I cannot tell you much about our exciting Mystery Away-Days as of course they are always a surprise – a lovely surprise – from start to finish.
No BRIBES accepted!

I can tell you that our Mystery Tours are always FULLY INCLUSIVE which includes entry fees, guides, breakfast treats, coffee, lunch, wine, a cream or afternoon tea somewhere, somehow – but most of all, they are lots of fun!

Always great value – we have kept our Mystery Tours the SAME PRICE since October 2018, so if  you would like to see where we have been since our first one in 2015, have a peep below ….

Numbers are normally limited and as it’s such a popular Away-Day, it’s always best to book EARLY! 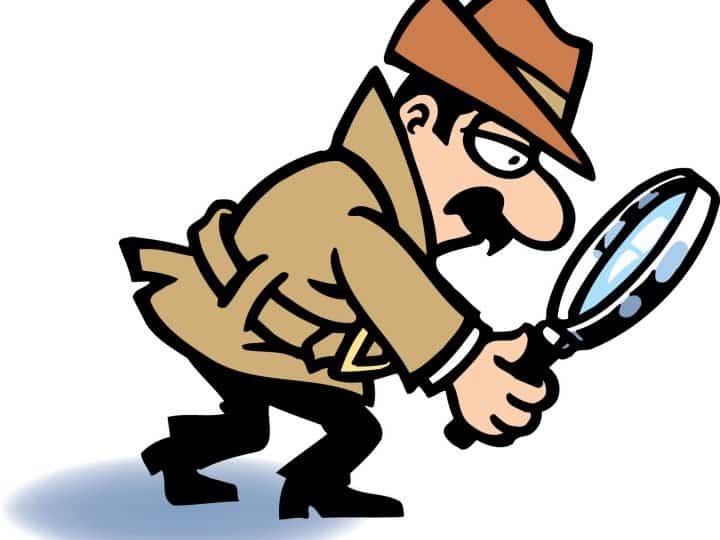 SORRY SOLD OUT! Waitlist only 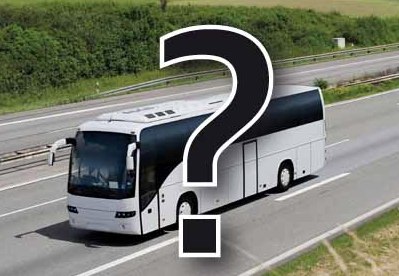 What's Included in our Mystery Tour?

NB. FINAL details appertaining to Tuesday 22 February will be posted as soon as they are known

Put on your thinking caps and guess where we are going in our Prize Competition!

The above itinerary is provisional, but will give you an idea of the time schedule expected.
Coach seats are allocated on a first come first served basis, after Club-21 Members. Couples & friends will always be seated together if booked at same time. Larger parties will be seated together as far as possible. Preferred choice of coach seating area will be taken into consideration, but cannot be guaranteed.
Solent Events & Leisure reserve the right to alter the final tour itinerary as necessary if circumstances change beyond their control.
NB. Please do not ask us to pick-up or drop-off at stops not specifically listed above, as unfortunately we are unable to do so!

We met our guide, the amusing Lee of Kooky Cotswolds Tours for coffee & cake at  the Olde Worlde pub & hotel, The Swan followed by a  country  & village guided tour, ending with a little free time and included lunch at Broadway. Gliding once again through the countryside with stories of old and interesting places to view, we eventually landed at Cheltenham Race Course – for a cream tea on the Cheltenham to Teddington the  Steam Train. Our very first Mystery Tour – and what a  fun day it was. We’ll have to  do it again!

Meeting our  blue-badge guide for  coffee and homemade apple cake  at Cogges Manor Farm (the Downton Abbey Kitchen House) we enjoyed guided tours of the Downton Abbey village & its famous church, hospital and cottages at Bampton. We also passed Brize Norton, just as a plane was landing … well not quite, as it immediately took off again! Our delicious Carvery Lunch was served at The Windmill, before travelling on to the outskirts of Oxford  for an exciting River Boat cruise from Godstow Lock to Folly Bridge culminating in a cream tea at the Kings Head & Bell, Abingdon. Shame about the ‘flat as a pancake’ Abingdon scones though – which  we fondly named our Brize Norton hand-grenades! A very memorable day for the diary!

Our special Solent Events breakfast treats were served as we crossed the South & North Downs before meeting our guide in an olde worlde pub in the pretty village of Steyning for coffee & biscuits; a guided tour of the countryside, Shipley Windmill and village with its beautiful medieval church of St Mary. Lunch was taken in the village of Bramber with our final stop at the amazing Sussex Prairie Secret Garden on the 1st day of opening for its summer season.  The Afternoon Tea was excellent, especially being able to eat outside in the sunshine. A magical day was had by all!

We met guide Andy for coffee at The Haven Hotel, Poole; crossed the chain ferry to Swanage; toured the villages and beaches of the Jurassic Coast with  an olde worlde Fish & Chip lunch. We also visited the fantastic  Etches Fossil Museum and a personal guided tour with owner Steve Etches; Lawrence of Arabia grave at Moreton with  St Nicholas’ Church and its 13 gorgeous etched glass windows,  engraved by the poet and artist Sir Laurence Whistler. Afternoon Tea was taken in the adjacent Walled Garden. Heaven!

This was to be a countryside journey with colourful Autumn vistas en route to Heaven Farm, near Uckfield. A beautiful little farm with chickens running around and a great farm shop with fresh produce. After coffee and meeting guide Liz we went back through Sheffield Park, for ride back in time on the Bluebell Railway from Sheffield Park Station to East Grinstead; Lunch at the end of the line was at  Old Dunnings Mill, ending our day with a guided country tour en route to Hever Castle. It proved to be a fantastic Autumn day in Sussex!

Coffee & cake aboard the Hobbs of Henley ‘Waterman’  for a River Cruise at Henley on Thames with guide Graham – in bright sunshine; guided tour follwoing the trail of the Midsomer Murders film sets;  Dorchester Priory visit with lunch at the 16th century White Hart Hotel; a delicious cream tea back at Henley on the coach – in the rain! C’est la vie!

Breakfast Treats en route to Chavenage House, near Tetley (where Poldark was filmed) with eccentric resident family members, Caroline & Robert Lowsley- Williams as guides for a humerous tour of the fantastic medieval house; coffee and lunch were served in the Ballroom. On to Bath to meet guide, Nick, for a guided tour of Bath including the River Avon, the Guildhall, Royal Crescent; a Bath Bun Afternoon Tea at the oldest Tea Shop in Bath – Sally Lunn’s – the biggest and lightest buns you have ever seen! Delicious!

Coffee & cake at Setley Ridge Vineyard in the New Forest; guided tour of the grapes & wine tasting by owner Paul Girling, followed by a tour to Bucklers Hard with guide Frances; lunch at the Master Builder Hotel by the Beaulie River; a river boat trip up to Gin’s Farm; tours of the Bucklers Hard cottages & museum; guided tour of the picturesque New Forest with the ponies, donkeys & the hidden Portuguese Fireplace; cream tea was served on the coach watching the Heavy Horses at Boulders Wood. Just perfect!

Our October Mystery Tour was  the one postponed from 28 May, during Lockdown.
It was a great opportunity to venture into an empty London  (people wise, but not traffic unfortunately!)
After an early start, breakfast treats were served on board (in Covid-safe personal treat bags) and with 37 guests on our 54-seater coach, seated singularly offside and couple/friends/bubbles nearside) and donned with the obligatory facemask or faceshield, everyone felt safe.
Our first stopfor coffee, biscuits and to meet our guide Martin, was Knights Templar off Fleet Street. A really interesting guided tour followed, when the history of east London was brought to life, still without anyone guessing where we were going!
Our tour took us to the Tereza Joanne ship, moored on the Thames at the end of City Airport runway, which of course was eerily quiet, for a delicious 2-course lunch with wine & coffee! From one ship to another – the Woolwich Ferry – to our final destination – Crossness Sewerage Works! An absolute marvel of Victorian architecture and an excellent place to have our cream tea before heading off home. A very exciting day – and no-one guessed where we going – well who would think we were off to The Great Stink for the day – you just wouldn’t would you?!

After an early start, we travelled to Aylesbury End, Beaconsfield to meet our Blue Badge Guide, Graham, who guided us through country lanes and leafy dales to our coffee & pastries stop at a gorgeous little country pub, The Harte & Magpies. Stories of times past from our knowledgeable guide, took us through  beautiful areas of the Buckingham countryside to Little Missenden, a pretty little village most famous for the set of the Vicar of Dibley and Midsomer Murders. St John the Baptist church boasts wall paintings that date from the 12th to 17th centuries. Another little gem to add to our collection! The village was mentioned in the Domesday Book of 1086 and the parish church is even older,  dating back to between AD 950 & 1000, in the late Anglo-Saxon period.
A delicious lunch was taken at The Russell Arms t Butlers Cross, before heading past the Prime Ministers’ country pad, Chequers, a lone windmill and RAF Wycombe,  situated in the village of Walters Ash, housing the Air Command Headquarters, but originally designed for the 1930s RAF Bomber Command.
Our final destination was the Hellfire Caves, a network of man-made chalk and flint caverns which extend 260m underground and situated above the village of West Wycombe, at the southern edge of the Chiltern Hills. The Hellfire Caves is like nowhere we had ever been before! Built in the 17th century we travelled deep underground, led by a great guide who was dressed and performed in the ruse of the 17th century! Dug by hand, to house the ‘Hellfire Club’, the caves are often regarded as “an incredible feat of engineering”. Interested? Read all about this fascinating and extraordinary history of luxury, seclusion, women and wine … in mammoth proportions!  www.hellfirecaves.co.uk/history
A cream tea of homemade scones, jam and clotted cream, served by the enthusiastic and friendly café staff in the sunny courtyard, was a welcome treat and the perfect end to another perfect Mystery day!

In short …… after early morning breakfast treats en route,, coffee and danish pastries were served in the comfort of the coach at the Moto Leigh Service Station on the M4. Well they weren’t expecting that!
Arriving in Bristol we boarded the Bristol Packet ‘Bagheer’ river boat for a delicious 2-course Lunch Cruise in gorgeous sunshine. Heaven! They weren’t expecting that either. Dropping us off at Broken Dock, the Bristol City Centre, we walked across the road and entered our Magical Mystery Tour venue …. Smoke & Mirrors for a welcome glass of Prosecco. Drinks were followed by a hilarious – and for some invited on to the stage, a slightly embarrassing (!) magic and comedy show, delivered seamlessly by owner Mark Bennett, a member of the Magic Circle. Copious amounts of popcorn & peanuts were consumed in abundance, but were no doubt walked off after a stroll around the corner to visit a piece of work by the  the famous local artist Bankey – ‘Well Hung Lover’. They weren’t expecting THAT either!!!
It was a great day with lovely weather and somewhere no-one ever imagined we’d be going!