After the trials and tribulations of the past year, this is your chance to catch up with old friends, make new ones and have a relaxing 5-day ‘staycation’ in the stunning Cotswolds, taking in Gloucestershire & The Forest of Dean! No hassle. No Covid. Just great company, great food and a short distance to travel. All YOU have to do is PACK!

DEPOSIT ONLY £25pp!!
NB. Under normal T & Cs, deposits are non-refundable if you cancel your booking, but if Success Tours cancels the tour, for any reason, your deposit and any monies paid, will be refunded.

We all need something to look forward to now that Lockdown is easing, especially as so many of our holidays abroad have been cancelled until 2022.  So, if you’ve never ventured into the stunning Cotswolds, explored historic Gloucestershire or perhaps just haven’t visited for many years, why not join us on our 1st Solent Events adventure for 2021!

We will be staying at the 17th century 4* Hatherley Manor Country House Hotel, set in 37 acres of beautiful Gloucestershire countryside and conveniently located between Cheltenham & Gloucester. It also has a separate Spa if you fancy a little pamper!

The Hatherley Manor Hotel is located just 15 minutes from Cheltenham and 9 minutes from Gloucester. This charming Manor House Hotel is set within its own extensive grounds and is the ideal base for relaxing and exploring the Cotswolds.
The hotel boasts 56 rooms and all the amenities you would expect to enjoy in a refurbished country house, including a vibrant and sophisticated Restaurant (The Derwinton) and a cosy  lounge bar.   If the weather permits, there is also the chance to eat Al Fresco under the shade of a parasol! Traditional features blend with contemporary furnishing to create a relaxed chic environment. Bedrooms are all stylishly appointed and include a number of feature rooms and our classic Dewinton Restaurant provides an extensive menu of interesting and delicious dishes.

Our ‘Classic’ bedrooms are conveniently situated across the ground first floors, with the majority overlooking beautiful countryside. All include crisp white linen, plumped-up pillows and sumptuous beds to guarantee a perfect night’s sleep. The interior design of these Classic bedrooms reflect the history of the manor house with some contemporary interpretation for today’s most discerning guest. Available as a Double or Twin beds each room includes tea & coffee making facilities, iron and ironing board, LCD flatscreen TV,  direct dial telephone, seating & work desk, complimentary Wi-Fi, 24 hour room service (for sandwiches – hot food until 21:00), Luxurious towels, Hairdryer. Bathrooms include a combined bath/shower. Housekeeping will be provided on a daily basis.

A variety of included excursions will be offered each day to ensure you enjoy as much as possible of this ‘Area of Natural Beauty’ during our 5-day stay. As most of the attractions are still closed at the time of arranging this tour, the final itinerary will not be known until nearer the time, hence the stated ‘Mystery’ Excursions, although we do hope to visit the following: The spectacular Slimbridge Wetlands & Peter Scotts House (with its flamingos and plethora of ducks and birds); the 4,500-yr-old ‘Freeminers of the Forest’ Clearwell Caves & Caverns; Gloucester Steam Railway; the incredible Jet Age Museum; Gloucester Cathedral plus lots more! I have personally visited all the places we are eager to show you, so I know you’ll have a great time!

Spa facilities within the hotel can also be enjoyed, but membership is required payable at reception (£15pp instead of £25pp). An indoor pool, fitness centre & sauna await you for some special R & R in your spare leisure time! A range of spa treatments from massage to manicures & pedicures are also available.

HISTORY OF THE HATHERLEY MANOR COUNTRY HOTEL
The parish of Down Hatherley lies in the Hundred of Dudston and Kings Barton, 5-miles from Tewkesbury, 3-miles from Cheltenham and 4-miles north east of Gloucester.

Detailed investigation relating to the chronological descent of the ancient holding of Hatherley Manor has revealed that the history of the manor began in 1022 under the name ‘Hegberleo’.

At the 1086 Domesday Survey, it was found that Edmar, a Thane, had held the estate of Hatherley during the reign of Edward the Confessor. During this time there were certain hostilities towards the family of Godwine, the family name of Harold, of Hastings. It would appear that after the death of Edward the Confessor, the land of ‘Athelai’ was stolen by Harold.
In 1311 it was held by Sir John de Willington and passed by marriage to Sir John Willoughby in 1389. His descendants, namely Sir John Willoughby de Broke, whilst aiding the cause of Henry Tudor at the Battle of Bosworth, was advanced to a peerage by the new monarch. The estate was then in the hands of Lord Willoughby de Broke (1491).
Sir Fulke Greville, High sheriff (1543) MP (1547) married the then greatest heiress in England (heiress to the estate of Lord Willoughby de Broke). Once again by way of marriage, the estate found itself under baronial stewardship.
There followed an uneventful period whereby the manor passed by various means through several families, until it was purchased by George Brett Esq. The Bretts were persona grata with Cromwell. Rumour has it that the manor house was originally built for one of Oliver Cromwell’s illegitimate sons. However, this piece of 17th century scandal remains uncorroborated by the evidence.
Surviving both shot and sequestrians, Hatherley Manor found itself in the possession of Sir Matthew Wood, (Twice Lord Mayor of London) bequeathed as a portion of an estate by virtue of his executor status. Peerage confirms the connection with this family, William Page Wood. His love for Hatherley still remains, for he and his wife are buried in the grounds of the parish church.
By the middle of the nineteenth century, the manor was in the possession of Anthony Gilbert Jones, thrice mayor of Gloucester (1875) and father of nine children. It was Charles Allen Jones, seventh and youngest son, who patented the now well known Hatherley ‘Lattisteps’, forerunner of the modern stepladder. It was Jones and Co who also drew up plans for the mass production of Deckchairs.

During the Jones occupation and later that of the De Winton family, the manor was subjected to extensive refurbishment which to some degree has changed the estates archaeological integrity, with such things as the addition of a moat. The seventeenth century house despite having been submerged by additions of the late eighteenth century and by enlargement of 1983-6 when it first took on the form of a hotel, still retains the imposing grandeur of a substantial gentry’s court house.

As you enter Hatherley Manor, as it is today, you can see the history within the beams of the reception area, restaurant, The Beams Room and the Swallow Suite.

THE VERY BEST WAY TO TRAVEL is with a trusted, fully escorted, professional & safety conscious company – THAT’S US! It’s EASY to book. It’s EASY to pay. It’s EASY to communicate. Your safety is paramount.

BOOK WITH CONFIDENCE: If this tour is cancelled with the hotel having to close, due to a blip in the Covid-19 Road-Map, a full refund will be offered.
SAFETY: For your peace of mind, and to ensure your safety as much as possible throughout the tour, everyone travelling with Solent Events will have received the 1st Covid vaccine and the hotel will adhere to all Covid-protocols required at the time.

One of the numerous pretty Cotswold Villages 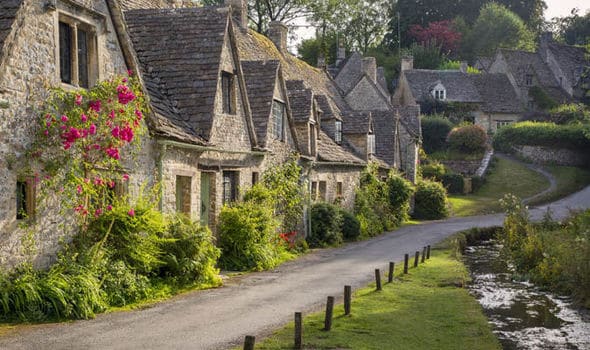 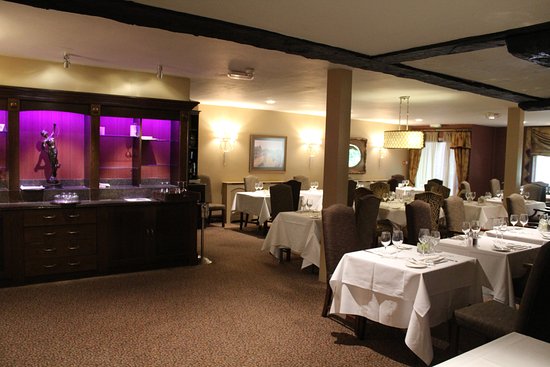 For your peace of mind and financial protection, our Short Break has been arranged  in conjunction with our preferred Tour operator, Success Tours,
who are fully bonded. 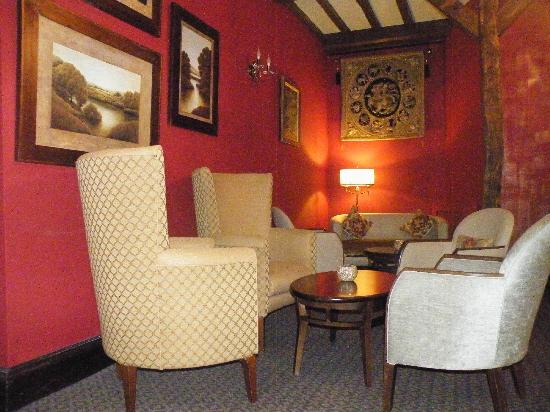 HOTEL COVID-19 PROTOCOLS
Last year, the Hatherley Manor Spa Hotel introduced intensified hygiene & prevention measures with elevated cleanliness protocols to ensure guest safety. They will continue with these measures according to Government guidelines of the time.

You will no doubt appreciate that due to the UK Leisure Industry’s probable gradual introduction to receiving groups of tourists again after Lockdown, the times stated in the itinerary remain ‘provisional’ until nearer the time of departure.
We will also leave the excursions as a bit of a ‘Mystery Tour’ at this time because attractions may be a little slower to open up to groups, but of course you will still have a fantastic programme to enjoy. Trust me!