The musical adaptation of the 1990 film starring Richard Gere and Julia Roberts has been eagerly awaited … Pretty Woman , the musical, is based on one of the biggest box-office films of all time.

NB. Please note that itinerary times & theatre venue may be subject to change, depending on the Covid-19 restrictions current in August.

Written by Garry Marshall and J.F. Lawton, with music and lyrics by Bryan Adams and Jim Vallance, the first preview comes on Valentines Day 2020.

In this modern update on Cinderella, a prostitute and a wealthy businessman fall hard for one another, forming an unlikely pair. While on a business trip, Edward, who makes a living buying and breaking up companies, picks up a hooker, Vivian on a lark. After Edward hires Vivian to stay with him for the weekend, the two get closer, only to discover there are significant hurdles to overcome as they try to bridge the gap between their very different worlds.

Tickets for Pretty Woman in the West End have been snapped up for most of 2021 already, but as usual, Solent Events has managed to book some great seats, so be sure to secure yours as soon as possible.
Don’t miss the chance of seeing this romantic comedy, which promises to be the BIGGEST musical to hit London’s West End in 2021! Tickets will sell fast, so book yours now – they make great gifts for Christmas – with fantastic seats in the stalls and a luxury coach included, this amazing price is same as you would pay for the just the ticket!

As the show does not now start in London until May 2021, the main images are from the Broadway hit production of 2018.

Full Cast was announced in January 2020 (see below) but due to prevailing circumstances, this is subject to change for 2021 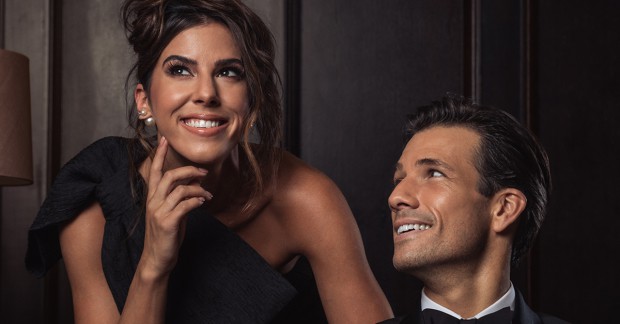 Itinerary –  times & theatre venue may be subject to change, depending on the Covid-19 restrictions current in August

1900     Meet coach for return journey at Aldwych outside Waldorf Hotel

The above itinerary is only provisional, but will give you an idea of the time schedule expected.
Coach seats  & theatre seats are allocated on a first come first served basis, after Privilege Club Members.
Couples & friends will always be seated together. Large parties will be seated together as far as possible.
Preferred choice of area will be taken into consideration, but cannot be guaranteed.
Solent Events & Leisure reserve the right to alter the final tour itinerary as necessary if circumstances change beyond their control.
NB. Please do not ask us to pick-up or drop-off at stops not specifically listed above, as unfortunately we are unable to do so.

The role of Kit De Luca will be played by Rachael Wooding, who returns to the West End after playing the roles of Meat and Scaramouche in We Will Rock You. In 2016, Rachael also appeared on ITV’s Britain’s Got Talent, reaching the semi-final.

Bob Harms will play the roles of Happy Man/Mr Thompson, recently starring in Come From Away at the Phoenix Theatre, which won best new musical at the 2019 Olivier Awards. He’s also starred in Priscilla Queen of the Desert, Chicago and Dirty Dancing.

They will star alongside the Olivier Award-nominated actress Aimie Atkinson, who is best known for originating the role of Katherine Howard in Six, and Danny Mac who recently starred in White Christmas at the Dominion Theatre.